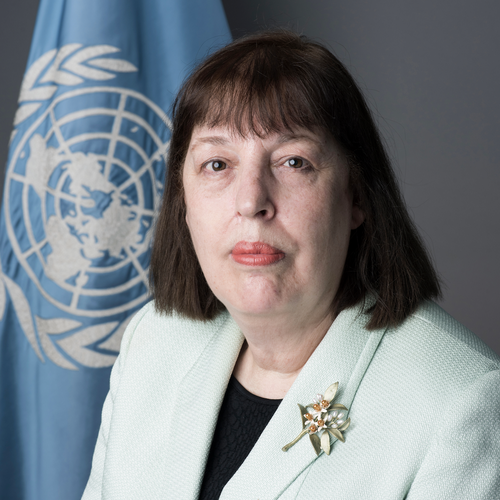 Ms. Virginia Gamba is the Special Representative of the Secretary-General for Children and Armed Conflict. She brings more than 30 years of experience and professional leadership on issues relative to disarmament, peace and human security.

A global concern: UN perspectives on child safeguarding and development

Ms. Virginia Gamba (of Argentina) was appointed as the Special Representative of the Secretary-General for Children and Armed Conflict in April 2017.

Ms. Gamba has a long career in peace and security, human security and disarmament issues.

From 2007 to 2011 she served as Deputy Director and Senior Coordinator on Safety and Security at the Instituto Superior de Seguridad Publica, Ministry of Justice, Government of the Autonomous city of Buenos Aires. From 1996 to 2006, she was based in Africa serving inter-alia as peace and security consultant to the Africa Union, Deputy Director of the Institute for Security Studies in South Africa and Director for South-South Interactions of Safer Africa. She was also the senior program officer for arms control, disarmament and demobilization at the John D. and Catherine T. MacArthur Foundation in Chicago (1991-1993).

Prior to this, she was an academic and a senior lecturer at the Latin American Security Studies, Department of War Studies, King’s College, London (1986-1991). Moreover, she also served as an advisor to the Argentine Ministry of Defense on Civil Military Relations and Transformation of the Military under Democracy (1983-1985).

Born in San Martin, province of Buenos Aires in 1954, Ms. Gamba is married and has one daughter.