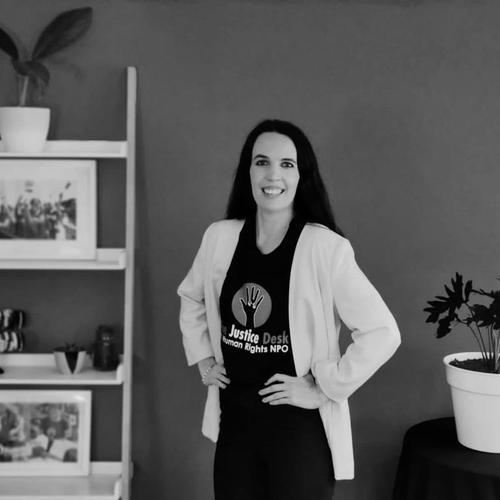 The Best Interest of the Child: Practical Ways of Safeguarding Children on the Ground

Kayla Brittan is a human rights defender and Child Safeguarding Champion from South Africa. She is the Chief Operating Officer of the award winning human rights organisation, The Justice Desk, which focuses on educating, advocating and equipping youth, government, civil society and vulnerable groups across South Central Africa in human rights. The organisation is a partner of the World Summit of Nobel Peace Prize Laureates and The Queens Commonwealth Trust.

Kayla holds qualifications from Rhodes University and The South African College of Applied Psychology, as well as has been trained in human rights and UN Mechanisms at The United Nations in Switzerland through ERI. She has extensive knowledge and experience in project management, overseeing all of The Justice Desk’s award-winning flagship projects.

Kayla has traveled extensively learning, piloting and researching best practice methods for child safeguarding in grassroots community projects. She mentors and trains various non-profit organisations in child safeguarding and the formation of child protection policies – and her work has been commended and used by international donor agencies in both the UK and Ireland.

She is a fierce defender of fundamental human rights, with a special focus on the unique rights of children. She is a trusted and well-known professional in the field of children’s rights and child safeguarding, and is often called on to guide and mentor people and projects across the globe.

She is a passionate and proud South African, who believes in the power of grassroots communities, who, as safeguarding champions, can build safe and healthy spaces for all children.

The work of The Justice Desk has been recognized by the South African presidency, Her Majesty Queen Elizabeth II, Prince Edward, Countess Sophie, The Obama Foundation, and Lead SA. Most recently, TJD was named the “Human Rights Organisation of the Year” by Prestige UK.

The incredible impact of the projects Kayla oversees has also drawn international attention, when Prince Harry and Meghan Markle visited South Africa to see Kayla and The Justice Desk team in action. While there, The Duchess of Sussex stated that: “Your commitment to doing what is right, gives all of us hope. It is inspiring, it is energizing, and it is extraordinary!”.

Since starting The Justice Desk, Kayla and her team have empowered the lives of over 350,000 people across South Central Africa.